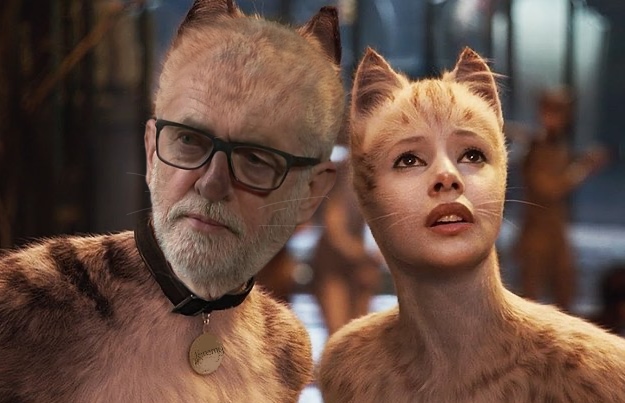 There appear to have been two huge disasters in the UK in December 2019. Firstly, the massive Labour loss in the General election. no matter which side of the political divide you’re on, I like to see a government kept in check by a decent opposition, this isn’t going to happen. and then to compound the misery the film Cats came out, which, to be fair, hasn’t really had a great set of reviews. (I still think it will do great businesses). Anyway, today’s teatime photoshop mucking around brought you this. You’re welcome.